Back in May, I published a critique of an MIT report on the future of the nuclear fuel cycle (MIT FNFC), on behalf of Yoon Chang and the Science Council for Global Initiatives.

Since that time, SCGI member Steve Kirsch (a MIT alumnus and benefactor) has been trying to get MIT to engage with their critics, to little avail. Some recent details were posted on Rod Adam’s blog ‘Atomic Insights‘, here: Fast reactor advocates throw down gauntlet to MIT authors.

As you’ll note from Rod’s post, the reaction from MIT has been to (i) ignore us, then (ii) try to divert the debate to other matters (“Fukushima is now the only thing that is worth discussing” — or words to that effect), or (iii) to change the debate topic to make it so broad that no one will end up concluding anything. So Steve, like the bulldog he is, has sent another letter to the MIT nuclear guys, outlining our case for having an open and public discussion on this, will all the facts on the table and experts in the chairs. I reproduce an edited version of the letter below. Steve also gives an interesting take on the implications of Fukushima Daiichi, which I’m sure you’ll find interesting — and probably want to discuss in the comments below.

I’m confident that MIT is capable of telling the Fukushima story without our help.

Personally, here are some of the lessons I learned:

1) The world is in serious trouble with carbon emissions. We need to be deploying every form of clean power we can as fast as we can. Fukushima doesn’t change that goal or strategy one bit.

2) We now can update our statistics on public deaths due to nuclear power over the last 50 years by adding 0 deaths affecting the public. As we expected, nuclear is still by far the safest way to generate power (fewest deaths per MWh generated). It is important that we tell the world that they should be shutting down the most dangerous forms of power generation first. It makes no sense whatsoever to be shutting down the safest form of power generation first.

3) We learned it is a bad idea to put generators in the basement of a plant near a large body of water subject to tsunamis. But their design spec was a smaller tsunami. So we learned that sometimes, accidents happen that are beyond our design center and people will get killed. Does that mean we should spend huge additional sums to over-design everything we build to account for the worst possible disaster? Probably not. I think Haiti is a good example of setting your standards too low. But I don’t think that is the case here. I think the lesson of Fukushima is that natural disasters cause deaths that we can’t always avoid.

4) We learned that 40 years ago, people didn’t design reactors as safely as we do today.

END_OF_DOCUMENT_TOKEN_TO_BE_REPLACED

Want to know more about the Integral Fast Reactor technology from the comfort of your lounge room chair? Then these two fascinating videos, recently transcoded and uploaded by Steve Kirsch to the “http://vimeo.com/skirsch/ifr” website, are for you. You can watch online, or download in .MP4 format (choose the format and then the download link below) for offline viewing.

The Energy Policy Act of 1992 included language directing research and development of the Advanced Liquid Metal Reactor (ALMR) with Actinide Recycle System. The above video is an explanatory (some might use the word “promotional”) production that explains the program and its goals from the perspective of the mid 1990s.

END_OF_DOCUMENT_TOKEN_TO_BE_REPLACED

In a newspaper Op Ed last year, I wrote the following:

Imagine someone handed you a lump of silvery metal the size of a golf ball. They said you might wish to put on some plastic gloves to hold it, although that would not be necessary if you washed your hands afterwards. You look down at the metal resting on your palm. It feels heavy, because it’s very dense. You are then told that this metal golf ball can provide all the energy you will ever use in your life. That includes running your lights, computer, air conditioner, TV, electric car, synthetic jet fuel. Everything. Using 1 kilogram of uranium (or thorium, take your pick). That is what modern nuclear power offers. An incredibly concentrated source of energy, producing a tiny amount of waste.

I’d like to explain this statement here in a little more detail.

In earlier IFR Fad posts, I’ve explained that 1 tonne of depleted uranium (or you can also use mined uranium or used nuclear fuel) has sufficient energy to run a 1,000 megawatt electrical power station for 1 year — if run through a fast spectrum reactor. (I’ve also explained, in more detail, some key differences between the fast reactor and light water reactor fuel cycles). What does this mean in personal terms? Time to crunch some numbers…

The Australian population of 21 million currently consumes about 250,000 GWh of electricity per year. That works out to be 12 MWh per person, or 33 kWh per day. (This is similar to the figure David Mackay worked out for the British). A 1 GWe IFR (integral fast reactor nuclear power plant), running at 90% capacity factor, would produce 7,884 GWh of electricity per year. This would, therefore, be enough to satisfy the current electricity needs of 657,000 Australians. Or, to put it another way, one Aussie would require 1.5 grams of uranium per year. If they lived to be 85 years old and consumed electricity at that rate throughout their life, they’d require 130 g of uranium.

END_OF_DOCUMENT_TOKEN_TO_BE_REPLACED

For those who do not yet have the book (tsk, tsk), you can now read Chapter 4 of Prescription for the Planet, “Newclear Power”, by downloading it here. Tom Blees has generously decided to put this chapter (pg 117 — 139) on the web to allow a more rapid dissemination of the basic facts about IFR to everyone you know (family, friends, fellow environmentalists, politicians, the media) — so please do pass on the link: http://tinyurl.com/cwvn8n

I have already reviewed Chapters 4 and 5 of P4TP, here. The downloadable chapter covers the following topics:

— An introduction to the Integral Fast Reactor  (IFR) project and its experimental testbed, the EBR-II at Argonne

— A comprehensive description of the IFR concept and its revolutionary design principles, in easy to understand terms

Be amazed, be thrilled, learn something new — read chapter 4 of P4TP and pass on the link. It’s a great way to whet people’s appetite and make them hungry for more information on this new type of nuclear power — which can be found by reading the whole book, reading this site, and going over other warehouses of info like Steve Kirsch’s IFR website.

I’m currently up to Part IV of my VI part review of P4TP on BraveNewClimate. I’ve still got important topics to cover, such as the proposed programme of international oversight of IFRs, and the story of what has stalled progress to date.

In other news, BNC reader David Lockwood alerted me to an interesting new study by a group from MIT on global warming, to appear in Journal of Climate (published by the American Meteorological Society). There are a couple of news stories about it, here and here. The graphical ‘roulette wheel’ results of the study are shown below.

END_OF_DOCUMENT_TOKEN_TO_BE_REPLACED

It seems like something that only a crazed conspiracy theorist would come up with. A source of carbon-free energy that holds the potential to provide base load power for the planet for thousands of years hence, and which could be built along the existing transmission grid and even be housed within retrofitted coal-fired power stations. A process that could eat existing nuclear waste instead of needing to store it in highly secure vaults such as Yucca Mountain for hundreds of millennia. A technology that enjoyed large investments in R&D by government, only to have the funding zeroed for political reasons when close to large-scale demonstration — and then the scientists involved told not to publicise this fact.  Well that, in caricature, is the basic story of Integral Fast Reactor (IFR) nuclear power.

Perhaps it is too good to be true — almost everything that’s been hyped as ‘the future of…’ is, after all. But not everything — the exceptions to the ‘hype rule’ now dominate our modern technological society (home computers, mobile communications, satellite communications, etc.). So what if IFR is the real deal? Well, some very clever folks have been looking into this and conclude that it is — or at least worth pushing. As I described in an earlier post, Hansen is among them — at least in terms of seeing the value in giving this tech a fair go — and he’s certainly not alone. Mark Lynas for instance, author of ‘Six Degrees‘, has also pitched in. 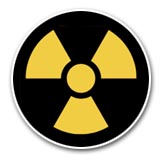 There are some great resources out on the web, and a new book, for those of you who want to know more about IFR nuclear — in order to make your own informed judgement about whether you choose to advocate it. Steve Kirsch, a Californian entrepreneur who invented the optical mouse (and former nuclear agnostic), has written a great summary article about IFR here (h/t to JM) and a shorter Silicon Valley newspaper Op Ed here. Steve’s website provides a wealth of links to additional information on IFR and related developments. The PBC television programme ‘Frontline’ recently interviewed nuclear physicist and IFR co-developer Dr. Charles Till — the transcript is available here.

Kirsch summarises the key advantages of IFR as follows:

1. It can be fueled entirely with material recovered from today’s used nuclear fuel.

2. It consumes virtually all the long-lived radioactive isotopes that worry people who are concerned about the “nuclear waste problem,” reducing the needed isolation time to less than 500 years.

3. It could provide all the energy needed for centuries (perhaps as many as 50,000 years), feeding only on the uranium that has already been mined.

4. It uses uranium resources with 100 to 300 times the efficiency of today’s reactors.

5. It does not require enrichment of uranium.