When people express their nuclear hatred, they usually argue about: the dangers from radiation leaks, the risk of weapons proliferation, the nuclear waste problem, that nuclear power is too expensive and in any case we just don’t need it!

None of these reasons have solid scientific backing. If they did, countries around the world (like USA, UK, France, Finland, Russia, China, India, South Korea, UAE) would not continue to build new nuclear power plants to supply their growing need for energy.

So what is going on? 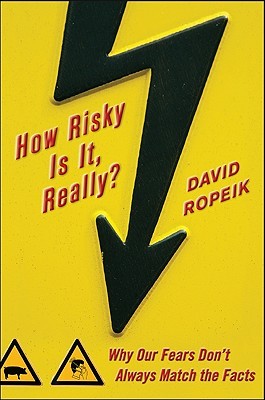 I have recently read David Ropeik’s book How Risky Is It, Really?, (2010 McGraw-Hill) and it could provide an explanation.

Ropeik is a consultant in risk perception and introduces us to the psychology of fear. He looks at why our fears don’t always match the facts. He provides an in-depth view of our perceptions of risk and the hidden factors that make us unnecessarily afraid of relatively small threats and not afraid enough of the bigger ones. He introduces the important concept of the Perception Gap – the potentially dangerous distance between our fears and the facts. We need to recognize this gap if we are to reduce it and make healthier choices for ourselves, our families, and society.

Ropeik explores a number of what he calls Risk Perception Factors. These factors can make fear either go up or down. Usually more than one factor is involved in our overall perception of a threat. Below I list some of the key factors and provide my examples of how these factors could have impacted attitudes towards nuclear energy over the last few decades:

Using the risk perception factors above, environmental advocates are able to dramatize the risks of GM food, coal seam gas, offshore drilling as well as nuclear energy and nuclear waste. As do journalists. As Ropeik puts it, “if it scares, it airs”. In a past life, he was a journalist and he reported on nuclear power in New England and he wishes he knew then what he knows now about the relative danger. Radiation dose rarely appeared in the story which leaves the reader uncertain as to the risk. Worse, if the dose is moderate it’s played down. When the dose amplifies concern, it is played up. 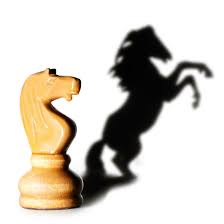 Making policy decisions based on fears rather than facts can lead to decisions that feel good (e.g. no nuclear) but increase the overall risk to the population (more deaths and health risks from burning fossil fuels and climate risks from greenhouse gas emissions).

Ropeik tells us that risk perception is an intrinsic, biologically rooted, inescapable part of how the human animal behaves. We need to accept this and use what we know about the way humans respond to risk in order to help ourselves make better, healthier choices. We need to bring the risk perception factors out of the subconscious shadows and use them as practical tools to allow our rational thinking to have more influence in the process.

We need to keep an open mind and give ourselves time to get more information from neutral and reliable sources – those that have no obvious bias. We need to consider all components of our response to the risk – not just the facts. We need to consider the pros and cons of various risk-management options. Why not factor feelings and values into the equation instead of trying to factor them out? Think about which policies will do us the most good.

Poor risk communication from government or agencies that are supposed to protect us like the International Atomic Energy Agency (IAEA) or the World Health Organization (WHO) can sometimes fail to account for people’s risk perceptions. This was a key factor in the long-term social/psychological/economic consequences of Chernobyl. A similar situation may have occurred at Fukushima.

Thomas Aquinas once said, “Most men seem to live according to sense rather than reason”. Our views of and responses to the world are shaped not just by what we know, but also by what we feel. Likewise David Hume said, “Reason is, and ought only to be the slave of the passions, and can never pretend to any other office than to serve and obey them”.

Ropeik adds in his Closing Thoughts: “In our Enlightenment confidence in the supreme power of rationality, some people think that we can make choices about risk simply by thoroughly gathering all the ‘sound science’ about hazard and exposure and probabilities, coolly calculating the costs and benefits of the various options for dealing with the risk, and choosing what the facts will then clearly show us in the rationally ‘right’ way to go. The facts will reveal the truth.”

Until recently, I would have included myself among those people. Over time I have realised that just providing facts will not assuage peoples fears. Understanding their risk responses might be more effective.