By Jessie Buettel & Barry Brook. Original published on The Conversation.

Anyone who has been outdoors in a populated area in the past month will be aware of the massive success of Pokémon GO, which has rocketed to the top of the gaming charts.

People have been avidly collecting Pokémon creatures in various media formats for two decades, so it was a logical move to use smartphone technology to turn the franchise into a “mobile augmented reality” (MAR) gaming app.

It has proved to be an economic as well as a social phenomenon, sending the market value of its owner Nintendo soaring to US$39.9 billion. But the game was not actually developed by Nintendo; it was created by Google spin-off Niantic, which also built Pokémon GO’s popular MAR predecessor, Ingress.

Similar to Pokémon GO, Ingress is a reality-embedded sci-fi game in which players interact with real-world objects that are overlaid (using smartphone cameras) by a veneer of simulated characteristics.

In a new paper published in the journal Restoration Ecology, we argue that MAR games such as these can be a force for good in ecology and conservation, rather than being a cause for concern, as others have argued.

The key is not to lament or rail against the popularity of gaming or augmented reality, but rather to embrace what makes them a success. They tap into people’s sense of fun and competitiveness, and they get people into the great outdoors – and this is all stuff that can encourage people to embrace nature.

The growth of our modern civilisation, spurred on by technological innovations, has been underpinned by the exploitation of the natural environment. Today, a large fraction of the Earth, once swathed in wilderness, is now monopolised by humans. Populations of plants and animals have declined, leading to local losses and global extinctions, as a result of habitat destruction, harvesting, invasive species, and pollution.

Yet although the direct causes of wildlife loss are clear enough, what’s less obvious is why many people seemingly don’t care. The environmental writer George Monbiot has ascribed society’s ongoing destruction of the environment to the fact that not enough people value nature and wilderness any more.

This “eco-detachment” has been described as a symptom of our modernised, urbanised world, in which new technology both dominates peoples’ interests and simultaneously increases society’s ability to damage the environment.

But what if augmented reality – from MAR apps on smartphones to HoloLenses – could be harnessed in a positive and proactive way, to reconnect the wider public to nature and so unlock their inherent biophilia?

END_OF_DOCUMENT_TOKEN_TO_BE_REPLACED Originally published here on The Conversation.

Earth is now a human planet. Our species uses of a large proportion of its land-surface area for living space, agriculture and mining. We domesticate and transport a multiplicity of plant and animal species across continents. We sequester and divert freshwater.

We heavily exploit the world’s plants, animals and ecosystems, including the oceans. We are altering the atmosphere and changing the climate.

So if humanity wants to preserve “wild nature” forever, it seems reasonable to argue that we must pursue policies and actions to reverse these drivers of global change. This argument has been a cornerstone of environmental advocacy for decades.

This view motivates concern for the “population bomb” and “limits to growth”, and underpins ideas involving the transition of consumer societies to simpler, ecologically sustainable cooperatives.

In a newly released thesis, “An Ecomodernist Manifesto”, I join with 17 other leading environmental scholars to advocate for an alternative, technology-focused approach to conservation. We stress the need to embrace the decoupling of human development from environmental impacts, by seeking solutions that intensify activities such as agriculture and energy production in some areas and leave others alone.

These processes are central to economic modernisation, improved human welfare and environmental protection. Together they offer the prospect of allowing people to mitigate climate change, to spare nature and to alleviate global poverty.

Our proposal is a declaration of principles for new environmentalism. It should be considered a working document that is open to refinement. But it is also based on evidence.

END_OF_DOCUMENT_TOKEN_TO_BE_REPLACED 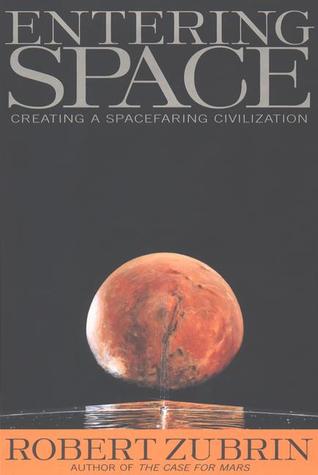 I recently read a book called ‘Entering Space: Creating a Spacefaring Civilization‘, by Robert Zubrin. I’ve been covering a lot of this literature as I think it may have a lot to tell us about how to best tackle a slew of 21st century problems in planetary resource management.

Zubrin’s work examines, using an evidence-based approach, the prospects and challenges humanity will face in setting up colonies on other planets, moons and minor bodies of the solar system, and eventually, in expanding to interstellar realms. I’ll explore many of these ideas in future posts, but for now, I wanted to kick up some discussion on two tables Zubrin presents in Chapter 8, on sources of energy.

First, he does a simple projection of future human energy use through to the year 2200. The presumption is that as our reliance on energy-intensive technology continues to grow, our demand will skyrocket — especially if we pursue extraterrestrial settlement and geoengineering.

He then shows where the largest potential energy resources lie…

As background, here is a quote from the accompanying text  (sourced here, along with many other good quotes — scroll down to the end to see his rebuttal of Michio Kaku!):

To glimpse the probable nature of the human condition a century hence, it is first necessary for us to look at the trends of the past. The history of humanity’s technological advance can be written as a history of ever-increasing energy utilization. If we consider the energy consumed not only in daily life but in transportation and the production of industrial and agricultural goods, then Americans in the electrified 1990s use approximately three times as much energy per capita as their predecessors of the steam and gaslight 1890s, who in turn had nearly triple the per-capita energy consumption of those of pre-industrial 1790s.

Some have decried this trend as a direct threat to the world’s resources, but the fact of the matter is that such rising levels of energy consumption have historically correlated rather directly with rising living standards and, if we compare living standards and per-capita energy consumption of the advanced sector nations with those of the impoverished Third World, continue to do so today. This relationship between energy consumption and the wealth of nations will place extreme demands on our current set of available resources. In the first place, simply to raise the entire present world population to current American living standards (and in a world of global communications it is doubtful that any other arrangement will be acceptable in the long run) would require increasing global energy consumption at least ten times. However, world population is increasing, and while global industrialization is slowing this trend, it is likely that terrestrial population levels will at least triple before they stabilize. Finally, current American living standards and technology utilization are hardly likely to be the ultimate (after all, even in the late twentieth-century America, there is still plenty of poverty) and will be no more acceptable to our descendants a century hence than those of a century ago are to us. All in all, it is clear that the exponential rise in humanity’s energy utilization will continue.

In 1998, humanity mustered about 14 watts of power (1 terawatt, TW, equals 1 million megawatts, MW, of power). At the current 2.6 percent rate of growth we will be using nearly 200 TW by the year 2100. The total anticipated power utilization and the cumulative energy used (starting in 1998) is given in Table 8.1. By way of comparison, the total known or estimated energy resources are given in Table 8.2.

I ought to point out that I, and others, have used different assumptions about the availability of uranium in sea water and its recharge rate due to riverbed erosion, to come up with a more optimistic for nuclear fission with full fuel recycling (i.e., the possibility of supplying about 30 TW years, per year, for a billion years or more). But the main point about the massive resources and almost unlimited expansion potential available to Deuterium-He3 fusion, if we can close out this research and access the fuel, is hard to ignore.

The broader question is, how constrained is our thinking in regards to ultimate energy resources? Should humanity be planning to significantly and permanently extend our reach into space  now — BEFORE we manage to solve all of our myriad Earthly sustainability problems, in the hope that this will supply us with the very tools needed to deliver adequate solutions? Food for thought.

I personally think that in terms of civilization building, we can ‘walk and chew gum at the same time’, and really ought to be hedging our bets (to mix metaphors)…

NOTE:  In line with the new 2014 approach to BNC, this is the first in a series of short “Aside” blog posts (1-2 a week) that are focused on single, relatively simple points, with the goal of stirring informed discussion and debate. The plan is for these Asides to be regular features of the site, with the longer and more elaborate information/education posts (written mostly by the stable of regular BNC guest posters) cropping up every once in a while (roughly 1-2 per month).