Thought experiments have a long noble tradition in more than a few sciences. Here’s one that I think is illuminating.

Think of three cities, all about the same size and with a similar illness profile. Similar consumption levels of alcohol, cigarettes, beef and dairy products, bacon and wurst, fried chicken and chips, inactivity and obesity. Think of any city near and dear to you and multiply it in your mind. Perhaps transport the copies into a varying political landscapes for a little added garnish. I’ll call them Adelaide-on-Torrens, Adelaide-on-Volga and Adelaide-on-Colorado. 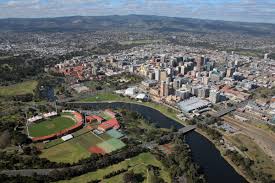 Now add a pair of terrorists, just two, well organised but not gregarious. Imagine each equipped with that most terrifying of weapons, a nuclear whatever. The “whatever” says it all. No elaboration or details are required. Whatever it is, it’s one nasty m***f***er!

Thus equipped, our villainous duo clandestinely travel to two of the Adelaide’s, one being Adelaide-on-Colorado. They work their black arts with the nuclear whatever and the result is a huge radiation release. It’s a release equivalent in all significant respects to that of the triple meltdown at Fukushima in Japan in 2011.

Enter PRISM and the brilliant surveillance of emails and mobile phone calls by the US National Security Agency. They are too late to stop the radiation release but just in time to send in a couple of radar evading drones to vaporise the villains before they can send out the triumphant tweets and you-tube clip announcing their action to the world. Their facebook pages vanish as mysteriously as their bodies.

In Adelaide-on-Colorado, a 12 year old hacker with a hook in an NSA server releases some details on WikiLeaks and there is a predictable result. A terrified US Government scrambles to do “the right thing”. There is a widespread evacuation. It all looks eerily like Fukushima in 2011. Sick and/or elderly people are bundled onto buses, some fall and are found dead at the end of a short bus trip, others survive but heavy bruising in frail bodies can last for weeks making life miserable and sleep impossible. Others are simply forgotten and left hungry and terrified for days in the turmoil. Farm animals are left to starve over the ensuing weeks in their sheds and stalls. Others die in paddocks as water troughs dry out with pumps shut down. They die where they fall, but their frantic efforts to rise cut deep ruts in paddocks. Pets are abandoned to a variable but similarly tragic fate. Birds take a hammering from hungry but abandoned cats. There is a rise in suicides and alcoholism soars. Evacuee children are shunned at schools as contaminated and dirty and become the targets of bullying. Abortion clinics work overtime handling terrified women, many of whom will have on-going trauma as a result.

At least one of the terrorists has had a posthumous victory.

But our hacker is tracked and sidelined before he finds details of the second attack. There are rumours of course, every city on the planet is nervous and again, trying to avoid the legal ramifications of not doing enough. But the NSA aren’t talking and a couple of other young potential whistle-blowers are found dead in mysterious circumstances.

While the disaster unfolds in Adelaide-on-Colorado, for the other two Adelaides … life returns to normal.

Over the next couple of decades, disease rates ebb and flow as fashions in exercise, food and drink work their charms alongside official health advice. Adelaide-on-Torrens experiences a remarkable decline in lung cancer as long running anti-smoking campaigns deliver their payload. The vegan lifestyles of Ellen Degeneres, Mac Danzig, Bill Clinton, Phil Wollen and Harley Johnstone have caught on in a big way and bowel cancer starts to decline along with quick reductions in all kinds of vascular disease. Food poisoning rates decline. Once wealthy cardiologists commiserate with bowel cancer surgeons in sleazy taverns discussing their glory days. The Royal Adelaide-on-Torrens Hospital raises funds by leasing empty wards to young entrepreneurs.

A couple of decades after the Adelaide-on-Colorado disaster, as it is now known, rumours begin to spread that one of the other Adelaides was also targeted by the terrorists. The epidemiologists start combing disease databases looking for clues.

What will they find?

The best estimate, based on recent studies of Fukushima by both the World Health Organisation and the United Nations Scientific Committee on the Effects of Atomic Radiation is that they will find nothing. They will of course see big differences due to lifestyle changes between Adelaide-on-Volga and Adelaide-on-Torrens, but they’ll become statistically insignificant after suitable statistical corrections. Amateur cranks will come up with a collection of correlations and mickey mouse studies by GPs and activists showing that Adelaide-on-Volga must have been the target.

Two terrorists, two radiation releases, but only one disaster.

In this imagined scenario, Adelaide-on-Colorado was certainly a disaster and nothing would undo the terror, the suffering and lives cut short. Just as nothing can take back the suffering inflicted on the people and animals of Fukushima.

But it didn’t have to be that way. Not in the imaginary world or the real one.

By the way, for those who missed it first time around, here is another tale of two cities:

One reply on “A tale of three cities”

All comments should be posted here:
http://bravenewclimate.proboards.com/index.cgi?action=display&board=bncblogposts&thread=412