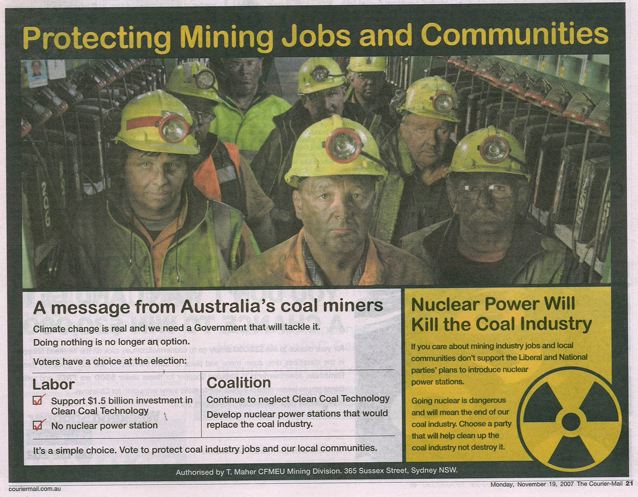 Like most interesting things in life, blogs are dynamic beasts. They are a reflection of the personality of their writer(s), projected into cyberspace. They evolve, as the opinions of their writers are shaped by new or unappreciated knowledge, commentary, feedback, and changing circumstances. My blog, Brave New Climate, is no different. After a little over a year in production (here is the first post), it has been a successful venture, albeit exhausting at times, and often exasperating to boot. Still, I feel it has stayed true to its original intention — to provide a rational, evidence-based communication tool for me to engage the public on climate change, and to never compromise on what I believe to be honest and justifiable (irrespective of whether such conclusions are convenient or not). That’s never going to change.

Yet there is no doubt that BNC has taken some unexpected directions. My past swordplay with the climate change sceptics has served a purpose — but my interest in this endless game has waned, and besides, others continue to do it much better than me. I’ll probably still pitch in occasionally, but it’s too much like bobbing for apples in a communal cesspit to make it a regular activity. My exhortations to my readers to understand the seriousness of the climate and sustainability crises, and to better appreciate the urgent need for action, laid an important foundation for the blog — but ultimately, there is only so many times you can say ‘the world is doomed unless we change our wicked ways’ before it starts to become depressingly banal, and people turn off. I continue to see this blog as playing a useful role in communicating snippets of hot news in climate science (although these days, I mostly do this via Twitter) and in hosting guest posts from well-credentialed and thoughtful people with important things to say about climate science, meteorology, carbon trading, psychology, national policy, and the like. But — and I think you can see where I’m going with this — these tasks no longer represent the primary drive behind BNC. It’s now predominantly — and unashamedly — a blog about realistic solutions.

In comments on a recent thread, reader ‘Matt’ asked the following, quite reasonable question of me (see here, comment #53):

“Thank you for a fascinating and sobering series of articles. You, Peter, and Ted, have persuaded me that renewables can’t supply the current (never mind BAU projected increases in) energy requirements of the developed world on their own without vast and unrealistic expenditure in money, time and effort. The numbers seem pretty clear.

I’m sure that when recognition of the CO2 and energy supply problems reaches a critical mass, and the political will and money starts to flow on the required scale, economic forces will do the rest and the nuclear option will indeed be widely deployed. Our current society functions on the basis of large amounts of instantly available energy, and without a major and disruptive reshaping of the way we live- which, incidentally, is what most greens seem to want, and may go some way to explain their attitude to nuclear power- sources of power with high energy densities are going to be necessary.

But I’m a little uncomfortable with the impression I often get from reading this site- that nuclear power is the only viable FF alternative and that it should be pursued vigorously and as soon as possible, to the exclusion of all other options (and wind/solar in particular). Many articles and discussions seem to circle around this idea. As a layman, it’s difficult to know what to make of it- that viewpoint may well be true, but for me there are too many unknown unknowns. How about a broadening of the discussion to consider other pertinent issues? Otherwise, this blog risks becoming a nuclear advocacy site with an occasional bit of climate science commentary thrown in.

These are the sorts of questions I have in mind (apologies if they’ve been discussed previously on the site, but not much showing up with a basic search) : What about the other potentially non (or low) CO2-emitting high energy density option on the table, with a few hundred years left in it- coal with CCS? What role can gas play in reducing CO2 emissions, at least in the short term while we transition to nukes? What about Ted Trainer’s idea of ‘depowering society’ to the extent that renewables can meet energy demand? (I can see many problems with this, but would love to see a critique on the site. More generally, articles exploring the demand side of the problem seem to be thin on the ground). Accepting that renewables can’t supply the developed world’s energy needs in their entirety, do they have a role at all? (in smaller isolated communities, in the developing world etc) How do smart grids work- how much can be done to with transmission systems/distributed storage/demand management etc to increase the number of viable options on the table?”

Below I reproduce my answer, because in my opinion this gets to the heart of why and how the BNC blog has evolved:

It is my conclusion, from all of this, that nuclear power IS the only viable FF alternative.

I am vitally interested in supporting real solutions that permit a rapid transition away from fossil fuels, especially coal (oil will, at least in part, take care of itself). If the conclusion is that wind/solar cannot meaningfully facilitate this transition, why bother to promote them? Now, I should make one thing quite clear. I am not AGAINST renewable energy. If folks want to build them, go for it! If they can find investors, great! Indeed, I’m no NIMBY, and would be happy to have a conga line of huge turbines gracing the hills behind my home, just as I’d be happy to have a brand spanking new nuclear power station in my suburb. But why should I promote something I have come to consider — on a scientific and economic basis — to be a non-solution to the energy and climate crisis? That doesn’t make sense to me.

1. Coal with CCS — doomed to failure. Why? Because the only thing that is going to be embraced with sufficient vigour, on a global scale, is an energy technology that has the favourable characteristics of coal, but is cheaper than coal. CCS, by virtue of the fact that it is coal + extra costs (capture, compressions, sequestration) axiomatically fails this litmus test. It is therefore of no interest and those who promote it can only do so on the basis of simultaneously promoting such a large carbon price that (a) the developing world is highly unlikely to ever impose it, and (b) if they do, CCS won’t be competitive with nuclear. CCS is a non-solution to the climate and energy crises.

2. Natural gas has no role in baseload generation. It is a high-carbon fossil fuel that releases 500 to 700 kg of CO2 per MWh. If it is used in peaking power only (say at 10% capacity factor), then it is only a tiny piece in the puzzle, because we must displace the coal. It it is used to displace the coal baseload, then it is a counterproductive ’solution’ because it is still high carbon (despite what the Romms of this world will have you believe) and is in shorter supply than coal anyway. Gas is a non-solution to the climate and energy crises.

3. The developing world lives in Trainer’s power-down society already, and they are going to do everything possible to get the hell out of it. The developed world will fight tooth an nail, and will burn the planet to a soot-laden crisp, rather than embrace Trainer’s simpler way. Power down is a non-solution to the climate and energy crises.

4. It is nice to imagine that renewables will have a niche role in the future. But actually, will they? They don’t have any meaningful role now, when pitted in competition with fossil fuels, so why will that be different when pitted fairly against a nuclear-powered world? I don’t know the answer, and I don’t frankly care, because even if renewable energy can manage to maintain various niche energy supply roles in the future, it won’t meet most of the current or future power demand. So niche applications or not, renewables are peripheral to the big picture because they are a non-solution to the climate and energy crises.

5. Smart grids will provide better energy supply and demand management. Fine, great, that will help irrespective of what source the energy comes from (nuclear, gas, coal, renewables, whatever). Smarter grids are inevitable and welcome. But they are not some white knight that will miraculously allow renewable energy to achieve any significant penetration into meeting world energy demand in the future. Smart grids are sensible, but they are not a solution to the climate and energy crises.

To some, the above may sound rather dogmatic. To me, it’s the emergent property of trying my damnedest to be ruthlessly pragmatic about the energy problem. I have no barrow to push, I don’t get anything out of it — other than I want this problem fixed. I don’t earn a red cent if nuclear turns out be the primary solution. I don’t win by renewables failing. The bottom line is this — if this website is looking more and more like a nuclear advocacy site, then you ought to consider why. It might just be because I’ve come to the conclusion that nuclear power is the only realistic solution to this problem, and that’s why I’m ever more stridently advocating it. This is a ‘game’ we cannot afford to lose, and the longer we dither about with ultimately worthless solutions, the closer we come to endgame, with no pawn left to move to the back row and Queen.

So what can you expect from BNC in the future? Much more on nuclear power (both Gen III and Gen IV), obviously, since I now consider this technology to be the core climate change solution — whilst openly acknowledging the yawning gulf between the scientific understanding of nuclear power and the public’s perception. This must change, and I hope, in my modest way, I can be an agent for that attitudinal shift. I also plan to launch an extended series on renewable energy, with an aim to break down the often complex and multifaceted critiques being made, into simpler, single-issue chunks, which can be more readily pinned down and understood. I will also profile some of the less well-developed low-carbon technologies, such as tidal, wave, microalgae, and geothermal, and speculate on their possible future roles. I hope in this way that I’ll be able to reinforce people’s understanding of why I no longer hold renewable energy to be a primary solution — and yet, by the same yardstick of maintaining intellectual honesty, I’ll also try my very best to keep an open mind to unconsidered possibilities and caveats that are raised by commenters (be these against nuclear energy, and/or for renewables). As I said, healthy thought should never cease to evolve.

Naturally, some past avid readers of BNC will find, or have already found, these changes in direction of the blog to be uninteresting or even distasteful. So be it — those people must seek and pursue your own interests and solutions. To the rest, I welcome you as partners in this ongoing journey of discovery, disappointment, optimism, and plenty of hard-nosed critical thinking.