So the year 2011 draws to a close. What a tumultuous year it was, particularly for nuclear energy! For climate change, alas, the freight train just keeps gathering steam.

For 2012, I will expect the unexpected, but also hope to see some better signs of progress towards the downfall of fossil fuels. But really, let’s be honest, that is a decadal rather than year prospect.

Anyway, to the BNC year in review. Below I list some of the most read, most commented and most stimulating or controversial subjects of the past BNC year.

1. Fukushima nuclear crisis: This was the biggest story of the year for the blog. Read about the early diagnosis and explanation, ongoing reports, some technical speculation, an essay on what we can and can’t design for,  preliminary and considered lessons learned, what the INES 7 rating means, and the need to avoid radiophobia with some common sense (and data). Another highlight is Ben Heard in his pre-decarbonisesa.com days…

2. Renewables in the context of effective CO2 abatement. Some useful analyses on CO2 avoidance cost with wind, climatologist James Hansen admonishes use to get real about how effective (or ineffective) green energy has been to date at displacing fossil fuels, an adventure to energy debates in wonderland, a look at geographical smoothing, an argument that an energy strategy without nuclear does not have history on its side, Geoff Russell deconstructs the situation for India and Switzerland, and I do so for Germany.

3. More depressing climate trends. Sea ice declines and emissions rise, the cost of climate extremes, complications and realities, a plea to clean up the climate ‘debate’, why the argument of ‘no recent warming’ is statistically invalid, and a graphical review of the grim numbers. 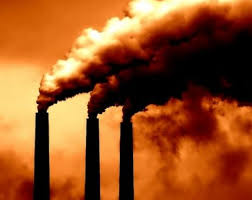 4. The cost of ending global warming. A back-of-the-envelope calculation by Chris Uhlik, a critique of the IPCC WGIII report on renewable-dominated scenarios and their economics, carbon smoke and mirrors, a view of how nuclear energy could be the big energy player in the mid- to late-21st century, and a detailed look at some of the major technology options for sustainable nuclear fission and derivatives.

5. Why has pro-nuclear environmentalism failed? Some thoughts here, as well as a list of environmentalists that have bucked the trend, and a look back to anti-nuclear views in 1978 (and how little has changed). Moving forward, a possible route to getting the first IFR built?

6. New TCASE entries. These include assessments of the levelised cost and life-cycle emissions of various fit-for-service baseload technologies, and an attempt at a fair comparison of various first-of-a-kind builds. Although not a TCASE entry, Martin Nicholson’s superb analysis on cutting Australia’s carbon abatement costs with nuclear power must also be highlighted.

There was plenty more of course, and within the next week or two I will update the BNC post listing to include all entries for 2011, in chrological order, on a single page that can be easily searched in your web browser.